Aquarium at Roanoke’s Center in the Square 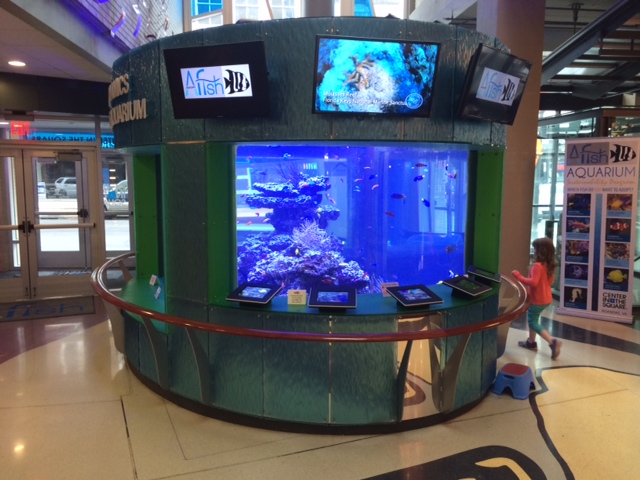 The 5,500 gallon tank is one of four that will welcome visitors to the renovated building.

ROANOKE, Va. — Center in the Square is bringing the ocean to Roanoke, but first it had to bring an aquarium from California. Crews worked into the evening Thursday to ease the new addition into place.

Jeff Turner is with Reef Aquaria Design of Florida, the company that designed Center in the Square’s installation.“This is the trickiest part,” Turner told us, “and we cross our fingers and we really do a little bit of praying, and we’re sure it’s going to get here in one piece.”

Crews worked carefully, securing the aquarium to a large crane, slowly lifting it from a flatbed trailer and lowering it onto the sidewalk outside Center’s lobby.The final leg would take it inside, to the spot in Center’s Atrium where it will rest.

People in Market Square stopped to watch all of the commotion, and imagine what’s to come.

Pauline Wood runs a business nearby. “I’m really looking forward and I can’t wait for the fish tank to go up,” Wood said Thursday afternoon, “so I can see what type of fish they’re going to put in it and how pretty it’s going to be.”

Center in the Square President Jim Sears said three years of planning promise an impressive display when the renovated building reopens. “It’s hard to see on the flatbed of a truck,” Sears said, “but once it’s in place and the water’s there and there are 250 fish and there’s live coral, and the people are circulating around it, it will be quite spectacular.”

The living coral reef aquarium will feature 250 colorful fish and 150 live soft and stony corals.  Three smaller aquariums will hold jellyfish and seahorses. They will be be ready for visitors when the renovated Center in the Square holds its grand reopening next May.